Father? What Father? Parental Alienation and Its Effects on Children

Father, What Father?[1]Although alienation might be employed by either parent, because it is more likely to be employed by mothers than by fathers, see, generally, Stanley S. Clawar & Brynne V. Rivlin, Children Held … Continue reading Parental Alienation and Its Effects on Children[2]Modified slightly from its original publication in 38 Family Law Review, no. 1 (Spring, 2006), a publication of the Family Law Section of the New York State Bar Association, and its reprinting at 22 … Continue reading | Law Guardian Reporter
Published by the Appellate Divisions of the Supreme Court of the State of New York
By Chaim Steinberger | August, 2006 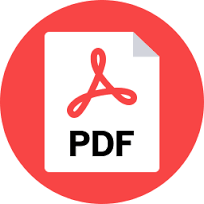 There is no doubt that every child needs “frequent and regular” contact with both parents to develop in a psychologically healthy manner.[3]Daghir v. Daghir, 82 AD2d 191, 193, 441 NYS2d 494 (2d Dept., 1981), aff’d, 56 NY2d 938 (1982). A custodial parent is, therefore, obligated by law to ensure the continued relationship between the child and the noncustodial parent.[4]Id., 82 AD2d at 195. The Appellate Division, Second Department explained why frequent contact is needed between them:

Only [with frequent contact] may a noncustodial parent provide his child with the guidance and counsel youngsters require in their formative years. Only then may he be an available source of comfort and solace in times of his child’s need. Only then may he share in the joy of watching his offspring grow to maturity and adulthood. . . . Indeed, so jealously do the courts guard the relationship between a noncustodial parent and his child that any interference with it by the custodial parent has been said to be “an act so inconsistent with the best interests of the children as to, per se, raise a strong probability that the [offending party] is unfit to act as custodial parent.”

. . . The decision to bear children, [moreover], entails serious obligations and among them is the duty to protect the child’s relationship with both parents even in the event of a divorce. Hence, a custodial parent may be properly called upon to make certain sacrifices to ensure the right of the child to the benefits of visitation with the noncustodial parent. The search, therefore, is for a reasonable accommodation of the rights and needs of all concerned, with appropriate consideration given to the good faith of the parties in respecting each other’s parental rights.[5]Id., 82 AD2d at 193-195 (citations omitted).

Nevertheless, a twelve year study commissioned by the Family Law Section of the American Bar Association of over a thousand divorces found that “parental alienation,” the programming of a child against the other parent, occurs regularly sixty percent (60%) of the time and sporadically another twenty percent.[6]Stanley S. Clawar & Brynne V. Rivlin, Children Held Hostage: Dealing with Programmed and Brainwashed Children, American Bar Association Section of Family Law (1991), Table 17 at 180. 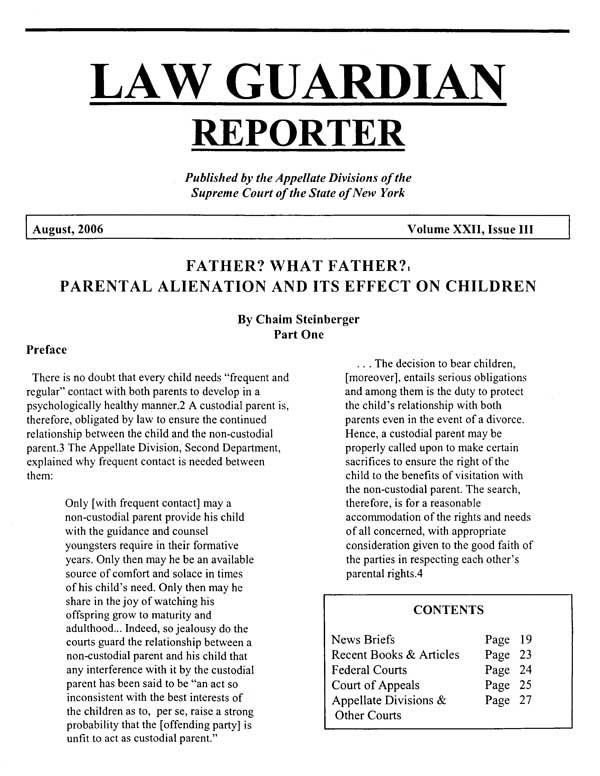 New York courts have in the past “zealously protected” the non-custodial parent’s visitation rights against interference by the custodial parent.[7]Joel R. Brandes, 4 Law and the Family, New York, Child Custody § 1:27 at 121 (2d ed., 1997). Custodial parents seeking to exclude the other parent have, therefore, taken to socially and psychologically turning the child away from the other parent so that the child, and not the custodial parent, refuses the visitation. This type of “alienation” has been characterized by the Second Department as a “subtle and insidious” form of visitation interference that may cause even “greater and more permanent damage to the emotional psyche of a child” than the garden variety visitation interference.[8]Young v. Young, 212 AD2d 114, 122, 628 NYS2d 957 (2d Dept., 1995).