Child Relocation Lawyer Serving Manhattan and All of NYC 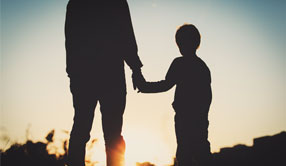 In today’s highly mobile society, it is all too frequent that a parent who has primary residential custody of the children would like to move and take along the child to the new location.  It might be because of the expense of living in the prior neighborhood, because the neighborhood is not conducive to single-life, for better employment opportunities, because of a new romantic relationship, or for health reasons.  It might be to a new borough in New York City, a new city, state, or, perhaps, across the country.  Whatever the reason, whatever the distance, any significant move will likely affect the non-custodial parent’s ability to access the children, the ease of doing so, and the frequency and quality of the non-custodial parent’s relationship to the children and, therefore, the ability to provide consistent, continuous love, guidance, nurturance, and direction. How is a Court to balance the inherent freedom of a custodial parent’s right to move on with life against the rights and interests of the non-custodial parent’s and children’s right to the love and affection of the other? A Manhattan Child Relocation Attorney can help you sort out the complexities surrounding the child visitation and custody laws that go hand in hand with relocation.

As with custody in general–in which the high Court has said there are no absolutes–in relocation cases too, the high Court eschewed the use of any rigid formulaic approach.  Instead, the Court held that:

each relocation request must be considered on its own merits with due consideration of all the relevant facts and circumstances and with the predominant emphasis being placed on what outcome is most likely to serve the best interests of the child. While the respective rights of the custodial and noncustodial parents are unquestionably significant factors that must be considered, it is the rights and needs of the children that must be accorded the greatest weight, since they are innocent victims of their parents’ decision to divorce and are the least equipped to handle the stresses of the changing family situation.

Id. (citations omitted).  As in any area, there are some cases that are clearly on one side of the line, and others on the other.  However many litigated cases fall somewhere in the middle.  Without a controlling formula, it becomes more difficult for attorneys to predict the outcome with certainty and opens the field for creative lawyering.  It thus becomes more important to have a superior Manhattan Child Relocation Attorney on your team, to help you strategize and set up your best possible case, convey your best arguments and perhaps creatively discover new ones, and to rebut the other parent’s counter-arguments. Chaim Steinberger is the strong advocate you need in your corner.

In Tropea, the high Court stated:

Of course, the impact of the move on the relationship between the child and the noncustodial parent will remain a central concern. Indeed, even where the move would leave the noncustodial parent with what may be considered “meaningful access,” there is still a need to weigh the effect of the quantitative and qualitative losses that naturally will result against such other relevant factors as the custodial parent’s reasons for wanting to relocate and the benefits that the child may enjoy or the harm that may ensue if the move is or is not permitted. Similarly, although economic necessity or a specific health-related concern may present a particularly persuasive ground for permitting the proposed move, other justifications, including the demands of a second marriage and the custodial parent’s opportunity to improve his or her economic situation, may also be valid motives that should not be summarily rejected, at least where the over-all impact on the child would be beneficial. While some courts have suggested that the custodial spouse’s remarriage or wish for a “fresh start” can never suffice to justify a distant move, such a rule overlooks the value for the children that strengthening and stabilizing the new, post-divorce family unit can have in a particular case.

Id. (citation omitted).  Thus, like in any initial custody determination, every child- and parent-related issue is on the table and relevant.  Ultimately, a Court must determine whether any proposed move has been established by a preponderance of the evidence to be in the child’s best interest.

Give Thought To The Following Circumstances

Some of the factors that any parent seeking to relocate with children or opposing such a relocation should consider and present to the Court are (starting with the factors enumerated in Tropea):

“Like Humpty Dumpty,” the high Court continued, “a family, once broken by divorce, cannot be put back together in precisely the same way. The relationship between the parents and the children is necessarily different after a divorce and, accordingly, it may be unrealistic in some cases to try to preserve the noncustodial parent’s accustomed close involvement in the children’s everyday life at the expense of the custodial parent’s efforts to start a new life or to form a new family unit. In some cases, the child’s interests might be better served by fashioning visitation plans that maximize the noncustodial parent’s opportunity to maintain a positive nurturing relationship while enabling the custodial parent, who has the primary child-rearing responsibility, to go forward with his or her life.” Tropea, supra.

What Does This All Mean?

The issues are, obviously, complicated.  Moreover, there are steps one parent or the other can take to enhance their position in litigation.  Conversely, there might be steps you might need to take to prevent your child’s other parent from preemptively setting you up for defeat.  That is why you need to consult a superior Manhattan family law attorney early on so that you can strategize and determine what steps you can take now to enhance your own position and prevent being set up for defeat.

Of course, you want to do everything you can to work things out.  Always act in good faith, never out of spite or with the intent to hurt the other parent.  Try not to take things personally, and always do what is best for your child.

Getting The Help You Need

If you can’t work things out, then you need a superior Manhattan Child Relocation Attorney on your side.  One that is skilled at negotiating, who might be able to extract the concession you were unable to.  You need a lawyer who is determined and dedicated, willing and able to devote the time and hard work necessary to master the relevant law, learn the relevant facts, to advise you and make your case compellingly to the Court.

Chaim has been mediating disputes for more than 25 years with great success.  He is now in his second term chairing the Custody Committee of the American Bar Association Family Law Section.  So you know that he knows what he’s doing and that he’s well respected by his colleagues on the Bench and Bar.  Call Chaim today for a free telephone conversation and to find out if, and how, he can help you too.