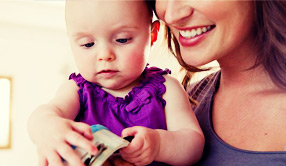 After child custody has been decided, child support needs to be addressed. Determining fair and appropriate support for your child(ren) can be complicated and stressful. Also there are very specific laws in New York State that govern child support and, even if both parents agree to deviate from the rules, it needs to be properly documented or it can later be set aside.

Of course you want your children properly provided for.  But nobody wants to be taken advantage of.  You therefore need a skilled and devoted lawyer to help determine the fair and appropriate child support in your circumstances.

Even if negotiations up to this point have been tranquil and friendly, a money dispute can strain and disrupt an otherwise peaceful and agreeable divorce. Reach out to Manhattan Child Support Attorney Chaim Steinberger to get the wise and effective legal representation you need and want. We will give you a voice in the fight for fair support for your child(ren).

The formula for calculating Child Support in New York:

Studies revealed that the standard of living increased significantly for men after divorce and decreased precipitously for women and children.  To rectify that, the federal government tied federal benefits to each state’s enactment of some form of child-support standards. Each state, therefore, enacted some form of the federal child support standards. In New York, the “Child Support Standards Act” (“CSSA”) appears as section 240 of the Domestic Relations Law (“DRL”) and almost verbatim in section 413 of the Family Court Act (“FCA”).

Calculating child support, therefore, begins by applying the statutory CSSA formula. In general the process is to:

Using the above method, each parent presumably contributes to the child support pro rata to their actual earnings.  This is the basic child support obligation.

Child support in New York goes until the child is emancipated or reaches 21 years of age, in the belief that a college education is necessary.

Based on the studies of intact families and how much parents typically contribute to their child’s needs, the formula developed for child support uses the following percentage of the parents’ combined gross income, less FICA and local (city) taxes (but, importantly, not deducting federal or state income taxes):

Lawyers and courts sometimes mistakenly tack on charges for items the costs of which should already be included in the basic child support award. Private schools are a discretionary add-on item and, by case law, should not be added unless there is a particular reason that justifies the expense. It might be the parties’ prior practice or that this child has a particular aptitude or need that requires private or other particularized schooling. If the parties have a disagreement about religion, however, the court should not determine which religious belief is the correct or better one for the child.  That would violate the U.S. Constitution’s First Amendment.

Here in New York (or at least downstate), college is believed to be necessary for all children so that they can have productive futures. Whether the college should be a public one in the State University system or a more expensive private one, however, depends on the circumstances of the parties and of the child. If both parents went to expensive private colleges and they have the money, a court may conclude that the only reason a parent is not willing to contribute to the child’s college is because of the divorce and ill-will towards the other parent. In such cases, a court may require the parent to contribute in a fair amount to the child’s private college costs. Sometimes parties agree, or the court requires, that a parent contribute to a child’s private education but only to the same amount a SUNY education would have cost (commonly called a “SUNY cap”).

You can download the official Child Support Standards Act Guidelines and access the court’s worksheets and calculators (Adobe Acrobat and Excel) here.

To explain and deal with all these issues you need a skilled, experienced lawyer to guide and protect you through this process so that your children receive what they are entitled to and so that you are not taken advantage of. At Chaim Steinberger, P.C., our practice is dedicated to divorce, marital, and family law, allowing us to provide exceptional representation in matters of child support.

If the non-custodial parent is supporting other children, the proper amount of support is complicated by that fact.  There is some inconsistency in the case law dealing with this issue and you should call us to discuss your particular situation.

The court can direct a father to take a paternity test if paternity is disputed. If a father has admitted paternity (on the birth certificate or elsewhere), the issue is more complicated and you should call us to discuss your particular situation.

Even if both parents and the child move out of New York State, the duration of the child support is a non-modifiable aspect of the child support award. That means that though courts can, as circumstances change, modify the actual child support amount, it cannot modify the duration of the order from what was originally ordered. We have successfully represented parents who, after moving to New York, were then sued to extend their support obligation beyond the age of support in the original state. We were able to successfully defeat those claims and get the case dismissed.

While the income of a new spouse or live-in paramour of a parent cannot be claimed for child support, it might be used as a basis to realize that that parent’s living expenses are reduced, freeing up more money with which to support the children.  Like with the previous issues, you should call us to discuss the particulars of your individual situation so that we can develop the best strategy for you.

Foreign support orders can be enforced against a non-custodial parent who lives in New York State. We have used the mechanisms of the Uniform Interstate Family Support Act to enforce orders from other states and territories of the United States, and often of other countries that are entitled to comity.

Can a prior child support award be modified?

Child support orders can be changed whenever circumstances change. Moreover, the law now allows courts to entertain a modification petition every three years or whenever a party’s income has changed by 15% or more, unless the parties specifically opted out of this regime. DRL § 236[B][9][b](2). In addition, a party whose child support is being collected by the Support Collection Unit (“SCU”), may request a “cost of living adjustment” (“COLA”) every two years. FCA § 413-a.

When Does a Support Award Take Effect?

The effective date of any modified order relates back to the date the petition was filed.  Remember the taxi-meter-flag from the days of yore?  When you entered the cab the flag dropped and the meter started to run.  It continued running throughout the trip and when the cab ride ended, the flag came back up and the passenger paid the entire fare that accrued during the trip.  So too with a child support proceeding.  When a petition is filed in the court a metaphorical flag drops. While it may take months and even sometimes years for a case to be adjudicated or resolved, when it is, the obligation runs retroactively to the day the petition was filed and accrues during all the interim time while the case was pending.

What to do about Child Support if you Lose Your Job?

It is extremely important that if you are court-ordered to pay child support and you lose your job, the first thing you should do the morning after you lose your job is to file a petition to suspend or modify your child support obligation based on your new circumstances.  I understand that people are usually depressed to do that when they lose their jobs; they are also hopeful that they will quickly find other work that pays as well or better than the old job. However, sometimes it takes weeks or months to find new employment. Sometimes the new job pays less than the old.  During all the time you are looking for work, child support continues to accrue.  The law does not permit a judge to waive or eliminate child support that has already accrued.  That means that when you do get a job, not only will you have to begin paying the current child support, but you will also have to pay down the accrued child support arrears.  That poses a struggle for almost everyone.  It is the equivalent of paying two portions of child support while you’re also trying to catch up on rent and other arrears.  And if the new job pays less than the old, the problem is compounded.

Moreover, the accrued child support may trigger the suspension of driver’s and other licenses that may make it difficult or impossible to get work.  It may trigger garnishments or judgments which then affect your credit rating, possibly making it harder to get work or shelter.

So be sure to file a child support downward modification petition immediately after you lose your job so that you don’t get caught up in this troubling situation.  Although it might take many months for the Court to hear and decide your petition, at least the Court will be empowered to grant you relief from the child support order during your period of unemployment.  (Be sure to keep a job search diary and document all of your efforts to obtain employment so that you can demonstrate to the Court that you weren’t lingering but diligently searching for suitable work for yourself.)

If when the Court finally hears your case you then have a new job, terrific. The Court may relieve you from your child support during your period of unemployment and adjust your support obligation to your new earnings.  If, though, you are still unable to find suitable employment, then it is critical for you to have filed your petition so that you have a chance to be relieved from the obligation.

To learn more about this or another topic relating to divorce and family law, check out our free NY Divorce Guides or call us at (212) 964-6100 today!

NOTE: This information is intended to be educational and not specific legal advice for your situation. Legal advice should only be obtained from a qualified lawyer who is familiar with all of the facts and circumstances of your matter.