The Jewish Divorce (“Get”) – The Intersection of Religious and Civil Law 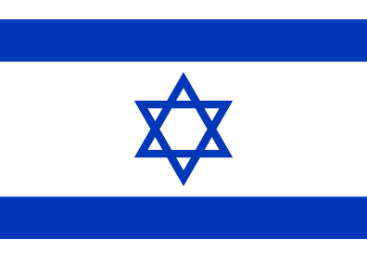 Marriage and divorce, in common law England (from whence we inherited our laws) were administered by ecclesiastical (religious) courts. Recognizing that marital vows are, for many, a sacred religious rite, New York law permits religious leaders to perform marriages. DRL § 11(1). Divorces, however, can be granted only by a Justice of the Supreme Court. And therein, lies the problem of the differing legal/religious systems and which should control [and when]. It is not only an emotional time in your life but to complicate matters, obtaining a Jewish Get can be more difficult than expected. There is no better time to seek the legal counsel of an experienced Manhattan Orthodox Jewish Divorce Lawyer. Not all divorce attorneys are created equal and it’s fair to say that a substantial portion of lawyers do not understand the unique qualities of this specific area of Manhattan family law.

How A Jewish Get Differs From A Traditional Divorce

Jewish law is a comprehensive legal system with rules regulating conduct, business, births, deaths, inheritances, and, of course, marriages and divorces. Under Jewish law, two people that have a dispute must submit it to a religious tribunal to have it determined by Jewish law. Code of Jewish Law, Choshen Mishpat § 26(a). Indeed, submitting a controversy to a secular tribunal is tantamount to a renunciation of one’s Jewish faith. Id. Thus, a religious couple–who have married and lived all their lives by Jewish law–would submit their divorce issues to a religious tribunal for resolution in accordance with the Code of Jewish Law.

To be divorced, Jewish law requires a ceremony in which a get–a bill of divorce–is written by a scribe specifically for one man and his one specific wife, handed by him to her with certain ritualistic specificity, all witnessed by qualified Jewish witnesses and presided over by rabbinical authority. By Rabbinic law, both parties must participate completely voluntarily. Even the slightest pressure upon either of them–even something so slight as a promise one made to
himself–is enough “coercion” under Jewish law to invalidate the entire procedure.

Problems Can Arise When It Involves Civil Versus Religious Law

Parties who submit their disputes to a religious tribunal that decide the terms, effectuates their divorce, and administers the get ceremony, and who thereafter file in Court for a civil divorce decree, have no problem with these two disparate systems. A problem can arise, however, when one party believes they can obtain a monetary or tactical advantage by commencing an action in a civil tribunal.

Too often, the party insists on obtaining civil remedies that are deemed unfair under Jewish law, but then demands that the civil-court “require” the other to “voluntarily” participate in a get ceremony. Having left the disadvantaged party with only one single pressure- or power-point, the civil-court winner then cries that she’s being abused by an abusive husband who attempts to exercise his religious prerogative and refuses to participate in a religious get ceremony.

She beseeches the Court to “require” her husband to participate in a get ceremony, one which, if the Rabbis knew was compelled, they would not officiate or endorse. She requires her husband to lie and deceive the rabbis, telling them it is entirely voluntary when in fact it is coerced by civil authority. See, Fisher v. Fisher, 237 A.D.2d 559, 655 N.Y.S.2d 630 (2d Dept. 1997) (husband who appeared at a Beth Din but told them he was forced to do so, was held in contempt of Court and remanded to jail). She enlists the Court in her conspiracy to deceive her coreligionists into believing that a valid get ceremony has taken place when in fact it has not.

For a more in-depth analysis of this issue, stay tuned for our upcoming article, “Three Rabbis Walk Up to the Bar: The Great Feminist Get Hoax and How Involving Civil Authority in Religious Issues Corrupts Them Both.” In the meantime, if you have questions, it’s best to reach out to a knowledgeable Manhattan Jewish Divorce Lawyer. Chaim Steinberger and his team can get you the answers you need.

Chaim has been dubbed “The Divorce Whisperer” because of his ability to obtain husbands’ participation in get ceremonies where others have repeatedly failed. To see how Chaim can help you, call (212) 964-6100 now for a free telephone consultation or fill out our convenient online contact form. Put our more than 20 years of experience to work for you. Our skilled and compassionate team is standing by. Call today.