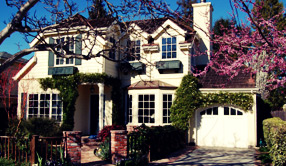 Most divorces involve several if not all of the issues discussed below with varying degrees of complexity. That’s why parties need a skilled Manhattan Division of Property Attorney to shepherd them through the process (see How To Recognize A Superior Divorce Lawyer). Family law matters can have a lasting impact on many areas of one’s life. It is an emotional and difficult time, to be sure. At Chaim Steinberger, P.C., we understand the tenuous nature of the situation and we are committed to giving you sound legal guidance. Contact our office for a free confidential consultation.

The Substantive Issues In Divorce

On October 12, 2010, New York’s no-fault divorce law, DRL § 170(7), became effective. Since that date, any spouse can demand a divorce on the grounds that the marriage has “broken down irretrievably for a period of at least six months.” As a practical matter, therefore, a spouse can now obtain a divorce simply by asking for it and the prior required grounds need not be worried about.

Before October 12, 2010, to get a judge to award a judgment of divorce a spouse had to prove that the other spouse treated them in a “cruel and inhuman manner,” DRL § 170(1), that the other spouse abandoned them, DRL § 170(2), the other spouse was imprisoned for three or more years, DRL § 170(3), or that the other spouse committed adultery, DRL § 170(4). Though there were two other grounds (living separate and apart pursuant to either a separation agreement or a judgment of separation, DRL §§ 170(5) & 6, respectively), these grounds were typically of no use to a spouse trying to escape a bad marriage because in order to satisfy these provisions they had to either obtain the consent of their spouse to get a separation agreement, or had to prove the grounds of DRL §§ 170(1)-(4) in order to get a judgment of separation. Thus, there was usually no benefit to pursuing these grounds over pursuing an outright divorce and the only people suing for separation were religious people who had a religious objection to divorce. Enacting the no-fault divorce provision eliminated the need for a nasty trial full of recriminations and blame and though it made marriages less stable or permanent, it gives people their agency so that they don’t have to remain in marriages that are no longer working for them, even if they cannot prove any grievous misbehavior by their spouse.

When a couple divorces they must, of course, divvy up their property. This is where a skilled Manhattan Divorce Attorney can assist you through the entire complex process.

In New York, anything owned by a person before they married continues to be that person’s “separate property,” and that person gets to keep it after the divorce.

Anything earned or acquired from the date of the couple’s marriage until the date the divorce action is commenced by either spouse is presumed to be “marital property” and is subject to “equitable distribution.” The law does not say “equal distribution” but instead “equitable” distribution. “Equitable” means “in a fair manner.” Nevertheless, case law establishes that in a “long term marriage” (seven years or longer), the distribution would presumptively be 50/50.

Whose fault it is that the marriage failed is generally not considered by the New York courts when distributing couples’ marital property. So if a party had an affair, they still get their full share of the marital property. (In order to have their equitable distribution reduced, a party’s misdeeds had to have been so egregious as to “shock the conscience of the court.” Unfortunately, our courts’ consciences are not easily shocked. Attempted murder might do it, but allowing a husband to believe that a child was really his was held by the majority of the Court of Appeals not to be so egregious as to warrant a financial penalty.)

There are, however, times that agreements can be set aside. Spouses, for example, owe a fiduciary duty to one another. If one took undue advantage of the other, that should be discussed with a skilled Manhattan Division of Property Attorney to determine whether the agreement can be set aside and vacated (see The Attributes of a Skilled Lawyer). Similarly, if an agreement was obtained through fraud, coercion, or duress, that might form a basis to set the agreement aside. If an agreement was not executed with the requisite formality required by New York State law, the agreement is a nullity. If you suspect that any one of these conditions exists, you should consult a skilled lawyer.

Real estate is subject to the above rules. It should be analyzed by determining whether it is separate or marital. If separate, did it appreciate during the marriage and if so, was the appreciation passive or due to the active activities of one spouse or the other?

Moreover, if one spouse contributed separate-property money to the purchase or improvement of even jointly-purchased real estate, that spouse is entitled to an origination credit for the separate property contribution to the marital asset. (For some reason never clearly explained by the case law, the origination credit doctrine applies only to real estate and not to bank accounts or other assets.)

These same rules apply to any businesses owned by the parties. The difficulty with businesses is determining its value and determining whether one or more of the business owners have been extracting income in the guise of business expenses. Sometimes forensic accountants must be engaged to analyze the books and records, particularly the claimed expenses, to determine what the business’ owners true income really was and the real-world value of the business.

Moreover, the valuing of businesses is its own highly-involved, intricate specialty. There are several different “types” of value (fair market value, fair value, investment value, and intrinsic of fundamental value); different premises of value (as a going concern, as an assemblage of assets, in an orderly disposition, or at a forced liquidation); there is acquisition value, book value, going-concern value, enterprise value, strategic (or synergistic) value, or transaction value. When a business must be valued, the valuator must select the approach to use (income approach, market approach or asset-based approach) and, within each approach, the procedure to be used. The selection of one rather than another can mean a substantial difference in the ultimate value accorded to the business. Good valuators utilize multiple approaches and then reconcile their results to ensure their reliability and accuracy.

Pensions earned during the marriage are, of course, marital property. Pensions, however, pose their own unique challenges both in valuing them and in dividing them.

After the 1929 stock market crash and the resulting suicides of many people who lost their entire fortunes, Congress realized that it needed to protect people’s retirement benefits even from the people themselves. Eventually, Congress passed the Employee Retirement Income Security Act (“ERISA”). The act sets criteria for pension plans. If a pension plan “qualifies” under ERISA, then contributions to the plan and all the income it generates remain tax-free until the benefits are withdrawn. However, to be so qualified, the plan participants (the employees) cannot withdraw from their accounts prior to retirement without incurring stiff penalties. Moreover, there are “anti-alienation” provisions that prevent people from “investing” their retirement benefits at Aqueduct or other racetracks. These anti-alienation provisions, however, prevent a person from transferring retirement benefits to a spouse. As federal law, ERISA supersedes state law and, therefore, ERISA supersedes a state-court judge’s ability to order a pension plan to distribute funds to an ex-spouse.

There is, however, a carve-out to ERISA’s anti-alienation provision. ERISA permits the distribution of pension benefits but only: (a) through an order; (b) issued in a domestic relations matter; (c) that is “qualified” by the pension plan’s administrator. This is known as a “QDRO,” a qualified, domestic relations order. Thus, the plan administrator gets to sit in review of a state court judge’s order to determine whether the judge’s order is qualified under the rules of the plan. If the current actuarial value of the total benefits ordered distributed by the Court to the participant and the participant’s spouse exceeds, even by one penny, the actuarial value of the benefits the participant was entitled to, the plan administrator can reject the Court’s order as unqualified. (N.B., nobody else in the world who is subject to a court’s jurisdiction gets to ignore a judge’s order but, because of the Supremacy Clause of the United States Constitution, a plan administrator has cover under the protection of ERISA to disregard a judge’s order if the administrator deems the Order not qualified.) If the administrator deems the order qualified, the administrator implements it. (It is therefore often the practice to ask the plan to pre-approve a proposed order so that the judge does not sign an order that is later deemed not qualified.)

Because there is no way to know right now what the participant’s ultimate benefits will actually be, the benefits can’t be accurately divided. Moreover, the ultimate payout will be based on the actuarial tables’ prediction of how long the participant is expected to live.

To illustrate, if a person worked at a bank for 30 years in total, and in ten of those years was married to the spouse, the spouse would be entitled to receive one-half of the pension benefits x 10/30, or 1/2 x 1/3 x (benefits). 1/2 x 1/3 = 1/6 (or .16), so the spouse would be entitled to 16% of the benefits the participant ultimately receives. A QDRO could then be prepared, directing the plan administrator to pay 16% of each pension distribution to the participant’s ex-spouse.

There is a dispute among attorneys about who should bear the cost for the selection of joint-survivorship benefits. Many practitioners and even some courts have taken the position that the participant’s surviving spouse must be protected into old age and therefore the participant should be required to designate joint survivorship benefits, and the costs of that selection shared by the both of them. If you have questions, seek a Manhattan family law attorney.

Determining the present value of future benefits is its own specialty and if need be our Manhattan Division of Property Attorneys will reach out to firms with whom we work so that we properly protect our clients and calculate benefits accurately.

Divorce is a significant event in one’s life and to further complicate matters, you may have joint property or other assets that will need to be divided. Having an experienced advocate on your side is one of the best decisions you can make for yourself. At Chaim Steinberger, P.C., we are dedicated to protecting your future, and that of your family.  Contact our team today for a free confidential phone consultation.