7 Ways to Win the “Unwinnable” Divorce Case with Honesty & Integrity 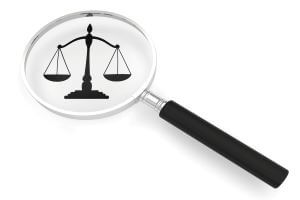 Cases are difficult to settle because tempers are frayed, the parties disagree on the facts, or the lawyers have different views of the law.  Sometimes a judge has a jaundiced view of one party.  You might have a “scorched earth” litigator representing your spouse.  These obstacles to settlement can, however, be overcome so that you win your divorce case.  We use several techniques to win even “unwinnable” cases with honesty and integrity.  Of course, they all take hard work, skill, sophistication, a deep knowledge of the facts and law, and an intimate understanding of human behavior.  While I touch on these techniques in other pages, I’ve catalogued them here and briefly describe some of the primary techniques.  Remember though, just because they may sound simple doesn’t make them easy to apply and past performance does not guarantee you any particular result in your own case.  However, these techniques might increase your odds to snatch victory from the jaws of defeat:

Good ole’ fashioned hard work.  So often we see the other side presenting frivolous and outlandish claims.  (We’ve even had an opposing counsel unabashedly and directly contradict the statements of his first court submission in his second.)  While it may be natural to become overwhelmed, frustrated, and apoplectic, the better reaction is to take a deep calming breath, and start cataloging the evidence that refutes the other side’s claims.  While it requires time and perseverance — a willingness to leave no stone unturned and to even, on occasion, go “dumpster diving” to gather and accumulate the evidence that will demonstrate to the Court the other side’s dissembling — it is the only way to counteract a lying adversary.  (Unfortunately, this wasteful expense cannot be avoided when the other side disregards the truth or adopts a “scorched earth” litigation tactic.  It is another reason that a collaborative, honorable dispute resolution process is healthier for both of the parties.  A client of ours once had to spend $60,000 to dispel the myths created by an adversary.  Though the dollar value at play was only $400, the money had to be spent to change the way the Court viewed the parties.  After presenting our evidence, the former villain became the hero and the former hero the villain. Watch a description of Tony’s Story also described in How to Find the Best NYC Divorce Lawyer.)

This is likely the hardest technique to master, summarize or explain.  Entire books have been written on it, and great lawyers have devoted years mastering it.  It is not a mathematical formula.  Instead it is a feeling summarized in a brief one-sentence articulation that articulates why justice favors one party.

The story or narrative that a judge or jury buys into will win the lawsuit!

With skill and a deep understanding of human behavior (both social and psychological) a skilled advocate can develop a narrative that is consistent with all of the essential facts, that leaves the Court with the compelling feeling that justice requires the advocate’s result.  Or that there’s a great injustice that needs to be remedied.

You may have felt or heard someone say, “I can feel it in my gut, but I can’t explain it.”  The job of a skilled advocate is to find a way to transmit that feeling into the hearts and minds of the fact finders.  A great trial lawyer will find the words to make the feelings come alive and convey the injustice the client feels.  (I’ve had clients tell me, “Wow, Chaim.  After just a few minutes you’re able to explain what I’m feeling better than I could, even though I’ve suffered with the situation for years.”)  It’s that ability to take a feeling of injustice and put it into words or stories and turn a logical construct into an emotional and legal one, that allows it to be transmitted to others and move them to rectify your injustice.

The Skills of an Excellent Lawyer

Unfortunately, too many people stay in mediocre or unhealthy relationships for way too long.  During this time they become increasingly disenchanted and disappointed with their spouses.  They indulge in recriminations, wishful thinking (“If only s/he . . .”), and blaming (“Why couldn’t s/he just . . .”), unable to accept that our spouses are the best that they could or know how to be.  People whose spouses left them might feel shame and embarrassment for their perceived “failure” in making the relationship work.  The shame and embarrassment then turns to anger and perhaps a desire for revenge to “make them pay!”

There is, however, no need to feel shame or embarrassment.  Two people can each be wonderful but still not be “right” for the other.  The fact that a marriage did not work does not mean that anyone failed.  Only that one or both was not right for the other.  So the better way  is to honor the partner for the years that were devoted together and wish them luck in their future endeavors and think about the choices that were made, why we thought it was the right relationship, and what we need in a true-love partner.

A skilled divorce lawyer, like a good friend and good therapist, can help people overcome their reflexive reactions so that they can make the decisions that they will be happy with for many years, instead of pursuing those that will provide them only immediate gratification.  This begins by making people feel safe and comfortable, listening to them, and giving them the information that empowers them to take control over their own lives.

Some of these same techniques can also be used to help the other party’s anger dissipate and invite them into a more healthy cooperative space. For more information on these techniques, see “Divorce Without Destruction: Overcoming the Psychological Imperatives That Make Good People Fight Viciously,” my New York Law Journal article Divorce Without Destruction, and my presentation “Dispute Resolution 101: How to Win the Argument Without Losing the Relationship.”

Many cases and parties have weaknesses and shortcomings that are harmful to their legal claims.  Obviously, I can’t promise to win custody for a parent with anger management and drug abuse problems.  However, often a client can change and improve, improving their ability to succeed in Court.  A parent may voluntarily attend anger management or drug or alcohol rehabilitation programs, and start spending at first limited time with the children and gradually, after everyone can be assured that the children remain safe, increase their time with the children.

By rehabilitating the client, you improve the client’s chances of succeeding in Court.

Sometimes a Court has a jaundiced view of a client because it has a mistaken view of the facts.  The jaundiced view can be deeply entrenched because, under the doctrine of primacy and recency, that which we learn first makes a strong impression on us.  The skilled lawyer must then do the hard work of amassing the facts that would dislodge the judge’s opinion, and the clever structuring of the argument so that the judge’s notions are challenged without the judge herself feeling challenged. See, for example, Tony’s Story, above.

The late judge Ralph Adam Fine, in chapter 9 of his excellent book The How to Win Trial Manual (“Use the Bad Facts to Your Advantage”), describes how the government used this technique in the John Gotti criminal trial, when it proffered the testimony of Sammy “the Bull” Gravano.  Sammy the Bull was one of Gotti’s murderous henchmen, and the government knew that the defense would attempt to destroy his credibility by pointing out all of his own dastardly deeds.  To counter the defense, the government readily admitted that Sammy the Bull was a cold-stone killer but argued that he was still a patriot.  Though he was in cahoots with Gotti, when he heard Gotti criticize the United States during Operation Desert Storm, he turned State’s evidence against him.  By framing it this way, the more mud the Gotti team hurled at Sammy the Bull, the worse Gotti himself would seem to have even someone as low as Sammy the Bull turn on him.

Sometimes the way to win is by changing your ask from the whole pie to the slice you’re entitled to.  Determining the client’s realistic, achievable goals–-not by being lazy and selling out the client by determining what can be achieved with the least amount of work, but by determining the most the client would realistically get after a whole lot of hard work developing a wise legal theory, and presenting favorable facts in a powerful way, goals that may be a stretch but are not impossible–is the way to snatch victory from the jaws of defeat.

Of course, a good way to win the unwinnable case is to negotiate it away.  By negotiating you retain control over the resolution.  And if you have “bad facts” that will sink your case in Court, your best course of action may be to make the other side an offer they can’t refuse.  Some people say that even the worst possible settlement is better than the best possible judicial decision.  That is because the party retains control over the contours of the settlement, stops the financial and emotional hemorrhaging costs of ongoing litigation, and keeps the parties’ secrets out of the public eye.  You therefore need a skilled negotiator to help you achieve the best possible result.

There are never any guarantees.

Of course, there are no guarantees!  Litigation is inherently unpredictable.  There are so many moving parts, so many personalities, so many facts that clients “forget” to tell their lawyers about, and so many judges with different views, that no lawyer can give any client an iron-clad assurance about any result in a particular case.  And that’s just another reason why negotiating a resolution is a safer bet, because it allows parties to determine their own fates.

To learn more about this or another topic relating to divorce and family law, check out our free <a href=”https://www.manhattan-law.com/resource/resources-for-divorcing-people/”>New York Divorce Guides</a> or call us today at (212) 964-6100!

To learn more about this or another topic relating to divorce and family law, check out our free New York Divorce Guides or call us today at (212) 964-6100!